Crime Stoppers - Officer and Watch of the Year.

One Police Officer and a Watch have made extra efforts to support the program over the last year and have been recognized by the local not-for-profit society.  This year marks the fourth annual presentation of these awards.

Officer of the Year 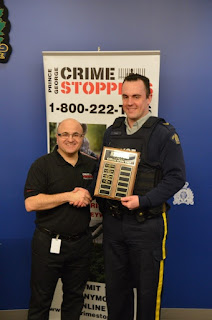 Cpl. Kyle Trask, supervisor of the Detachment’s Downtown Safety Unit, is the 2015 recipient of the Prince George Crime Stoppers Officer of the Year Award.  Over the past year, Cpl. Trask’s resilience and determination has led to successful arrests in a number of investigations as a result of following up on Crime Stopper TIP information.  As an example, Cpl. Trask tracked and arrested a man wanted for a Sexual Assault of a teenaged girl a number of years ago.  The TIP had just enough information to lead Cpl. Trask down a trail of bread crumbs to the suspect. His extra effort and out of the box thinking is the reason the suspect was located.

General Duty Watch of the Year 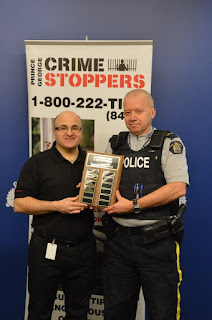 General Duty officers are the uniform members that respond to calls for service 24 hours a day, 365 days a year.  The Prince George General Duty Section is divided into four equal ‘Watches’, known simply as ‘A’ Watch, ‘B’ Watch, ‘C’ Watch and ‘D’ watch.

For the third year in a row, the 2015 Prince George Crime Stopper Watch of the Year has been awarded to ‘B’ Watch, led by Staff Sergeant Marc Pelletier.  Once again, ‘B’ Watch officers investigating Crime Stopper TIPS have led to more arrests in 2015 than any other Watch.

Congratulations to Cpl. Trask and S/Sgt. Pelletier’s ‘B’ Watch team.  Although only one Watch and one officer can receive these awards each year, the continual support shown for the Crime Stoppers program by all Watches and members over the last year, is evident and appreciated.  Crime Stoppers would like to extend a big thank you to all members and staff at the Prince George RCMP and look forward to partnering for many more years of solving and preventing Crime. 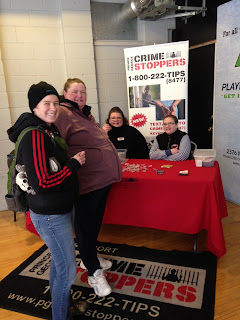 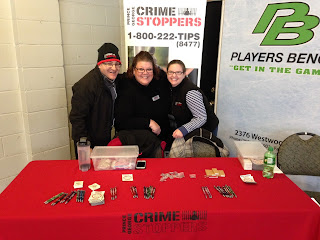 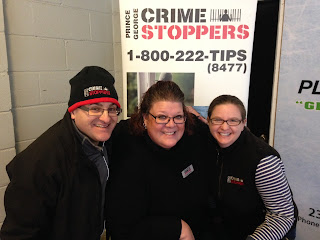 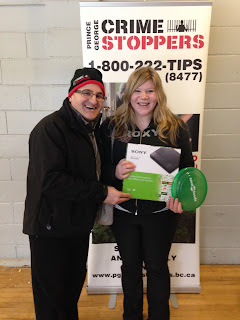