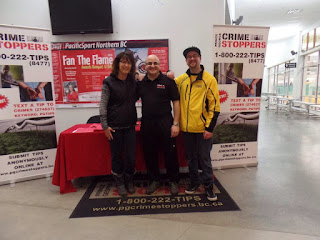 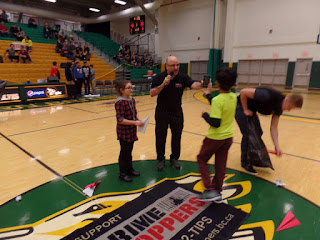 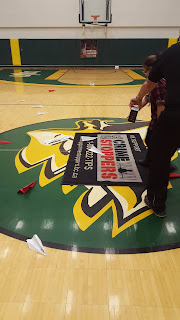 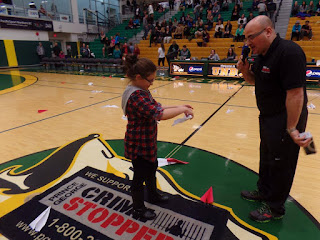 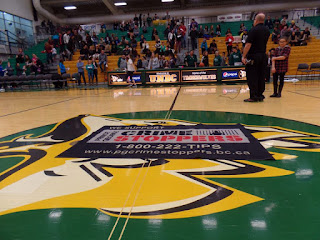 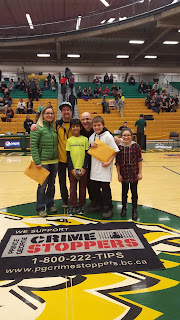 PG Crime Stoppers board members Eileen and Hope with 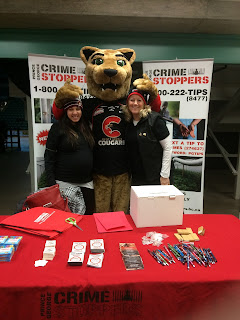 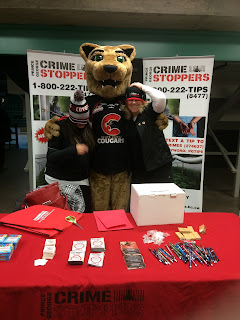 Last year our city hosted the 2015 BC Crime Stoppers Conference from April 30th to May 3rd.  Approximately 150 delegates from over 20 Crime Stopper programs throughout British Columbia attended the conference at the Coast Inn of the North.  Guests and presenters were from all over North America and we’re happy to say the conference was a huge success!

In 2015 the Prince George Crime Stopper Program received 565 tips from the anonymous public.  Those tips resulted in 28 arrests and almost $50,000 in seizures.  Here are more of our numbers:

PGCS continued our partnership with Shred-it Mobile Shedding Services to provide two opportunities for the public to shred their personal documents free of charge.  Both these events were well received by the public and kept the shredding truck very busy. Look for more of these events in 2016.

As part of Crime Stopper month, join us at one of these events to learn more about the program and to enter for a chance to win great prizes:

There are three ways to submit a tip to Prince George Crime Stoppers:

When providing tips, please be as detailed as possible and remember we don't want your name, just your information.  All three methods are completely anonymous.

One of many Crime Stopper programs throughout the country, Prince George Crime Stoppers is a proud partnership of the local media, police and residents of BC's northern capital.  Prince George Crime Stoppers is a not-for-profit society run independently of the police by everyday citizens like you.  All information received is anonymous and is provided to the police in the hopes it will further investigations and lead to arrests, seizures and recovered property.

For more details about Prince George Crime Stoppers, our community events or our 2015 statistics, please see our website at www.pgcrimestoppers.bc.ca.

Crime Stoppers allows citizens to ANONYMOUSLY supply investigators with information about a crime or potential crime for which they have knowledge without fear of reprisal. When a citizen becomes aware of criminal activity, he/she can call Crime Stoppers at 1-800-222- TIPS (8477) from anywhere in Canada and report what they know.  Tipsters can also provide information online through an encrypted tip taking system. Tipsters who contact Crime Stoppers are never identified. They never have to give a name or phone number.  They never have to testify in court. And tipsters could receive a cash reward of up to $2000 upon an arrest and charge.  Crime Stoppers is available 24 hours a day, 7 days a week.

About 7 Eleven, Inc.
7‑Eleven, Inc. is the premier name and largest chain in the convenience retailing industry. Based in Dallas, Texas, 7‑Eleven operates, franchises or licenses nearly 10,500 7‑Eleven® stores in North America. Globally, there are more than 56,200 7‑Eleven stores in 16 countries. Find out more about Slurpee at www.slurpee.ca and 7-Eleven Canada at www.7elevenstores.ca.
If you have information about a crime, call Crime Stoppers at 1-800-222-8477
You will never have to give your name.
There is no call display or record of a Crime Stoppers phone call of any kind.